Do check this out!! they cherished liberty 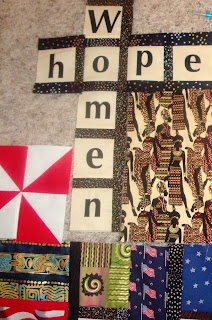 
Avenging The Ancestors Coalition (ATAC) is a broad-based organization of African American historians, attorneys, elected officials, religious leaders, media personalities, community activists, and registered voters. ATAC was founded in 2002 to compel the National Park Service (NPS) and Independence National Historical Park (INHP) to finally agree to the creation of a prominent Slavery Commemoration as a key component of the President's House project. The purpose of this Slavery Commemoration is to honor primarily the nine African descendants enslaved by President George Washington at the President's House, which is also known as America's first "White House" and which was located at the current site of the new Liberty Bell Center in Philadelphia at Sixth and Market Streets. Those nine were among the 316 Black men, women, and children enslaved by Washington at his Mt. Vernon, Virginia plantation.

After years of letter-writing campaigns, petition drives, demonstrations, public forums, press conferences, and negotiations, ATAC was victorious in persuading the NPS and INHP to finally concede to the creation of this absolutely historic Slavery Commemoration, now called the President's House/Slavery Commemoration Project.
Posted by Bquiltin