Every story should start in a park – especially if it tells its own story.
Reconciliation Park is the long-awaited result of the 2001 Oklahoma Commission to Study the Tulsa Race Riot of 1921. It memorializes the Tulsa Race Riot, called the worst civic disturbance in American history. 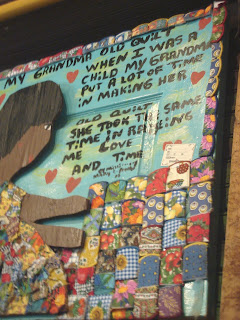 The Park also tells the story of African Americans’ role in building Oklahoma and thus begins the long-delayed rendering of the full account of Oklahoma’s history.


• The Tower of Reconciliation – At the center of the Park, the 25-foot-tall memorial tower depicts the history of the African American struggle from Africa to America – from the migration of slaves with Native Americans on the Trail of Tears, the slave labor experience in the Territories, the 7th Kansas Regiment of Civil War soldiers that won the Battle of Honey Springs – to statehood, the immigration of free blacks into Oklahoma, and the all-black towns and Greenwood. It honors Buck C. Franklin (prominent black attorney and Dr. Franklin’s father) and other early Tulsa black leaders.

John Hope Franklin Reconciliation Park continues the American tradition of erecting memorials based on tragic events by giving voice to the untold story of the 1921 Tulsa Race Riot and the important role African Americans played in building Oklahoma.

The final report of the 2001 Oklahoma Commission to Study the Tulsa Race Riot of 1921 is available at www.okhistory.org/trrc/freport.htm.
Posted by Bquiltin